As a state, Colorado has been consistently ranked by various publications as one of the best places to live in the United States. People are drawn to the state’s high quality of life, which expertly balances urban living with outdoor recreation.

Health is also important to Coloradans and it’s hyped as one of the healthiest states in the US, as well as being the one with the lowest obesity rates.

There are plenty of good reasons to live here, but for those who are exploring making a move to the state, it is important to consider the cons too. Sure the state is gorgeous, but just like any location, there are challenges that you’ll have to face living in the state. 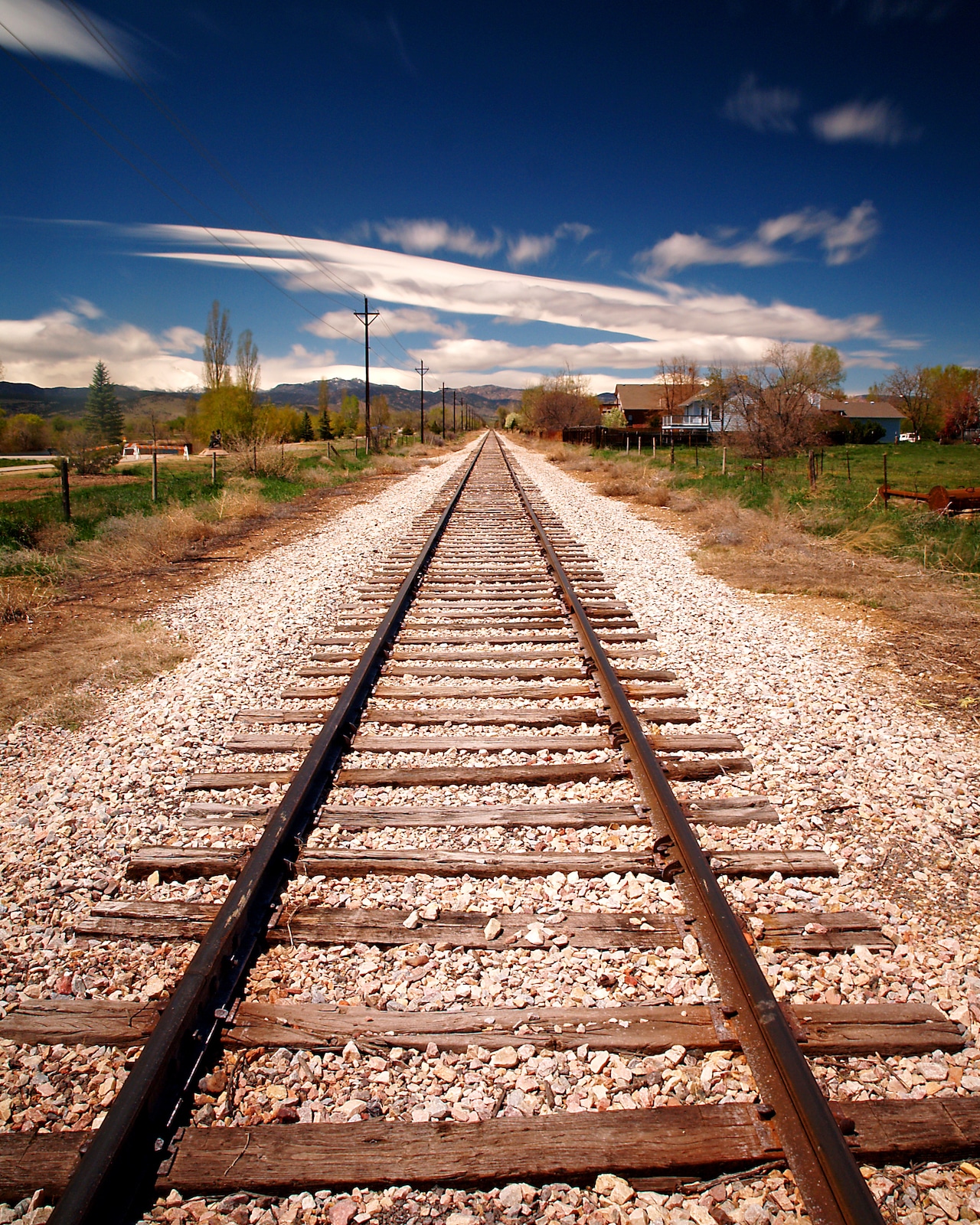 If you’re looking to follow the crowds, our article will help you make your decision on whether you should make the move to plant roots here. We’ve taken a look at what makes Colorado such a great place to live, as well as examined the drawbacks that new residents might face when moving to the state.

Pros of Living in Colorado

At first glance, Colorado’s mountainous terrain is stunning enough to make plenty of people say, “I want to live there.” However, looking deeper, there are plenty of advantages to living in the Centennial State that goes beyond the picturesque views.

Offering much more than beauty, it provides its residents with a high quality of life in many aspects. Some of the pros of living in the state include the location, climate, landscapes, activities, economic growth, taxes, education, and social life. 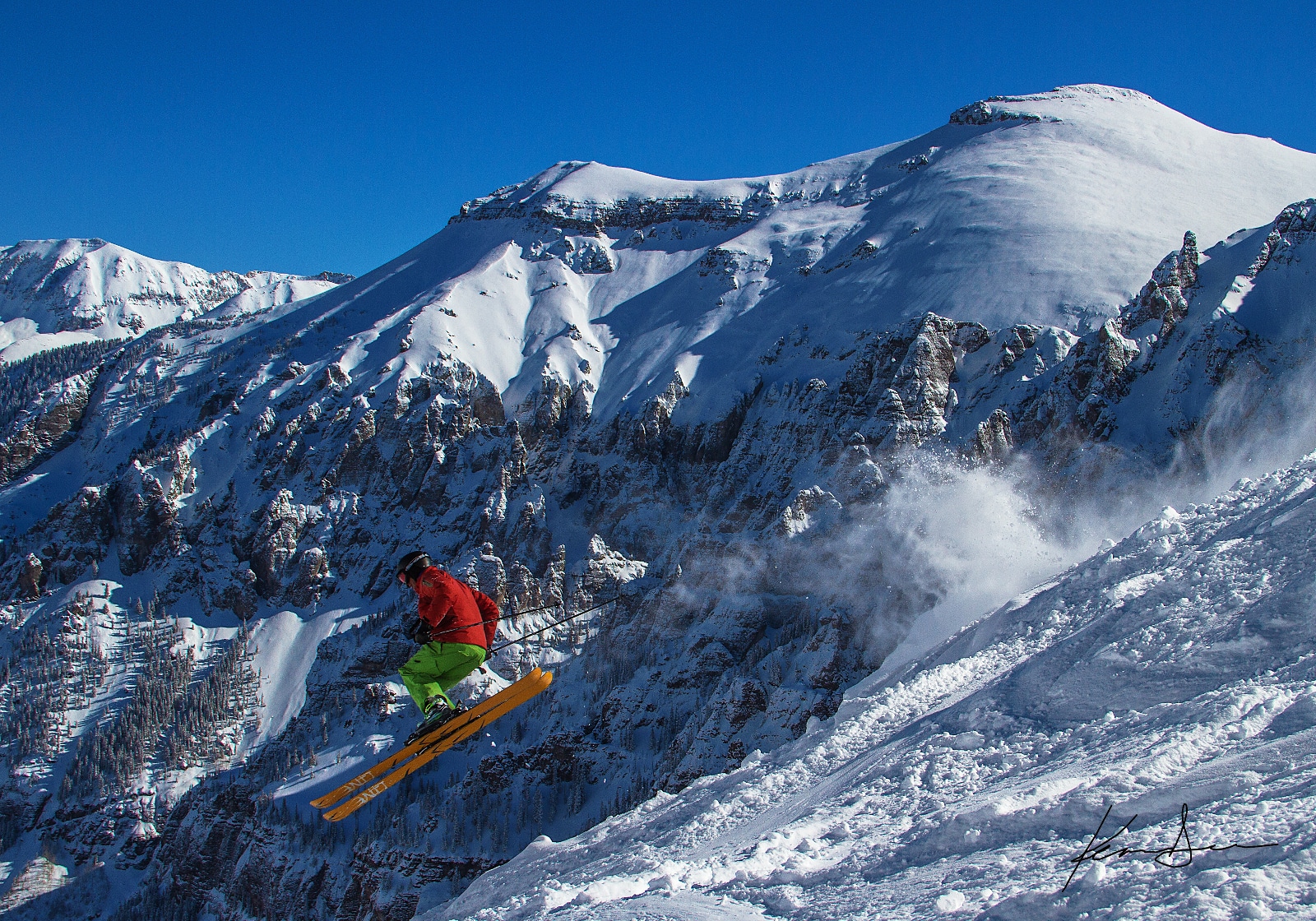 Colorado isn’t quite smack dab in the middle of the United States (that honor goes to Smith County, Kansas), but it’s close. Sitting between the West and East Coasts of the United States, Colorado provides easy access to other parts of the country. Plus, it contains a large swath of the Rocky Mountains.

Most destinations in the states that border Colorado are less than a day’s drive away and made accessible by the great interstate and highway system. Within Colorado, tourists and residents can use the expansive roadways or rely on public transportation to get around. 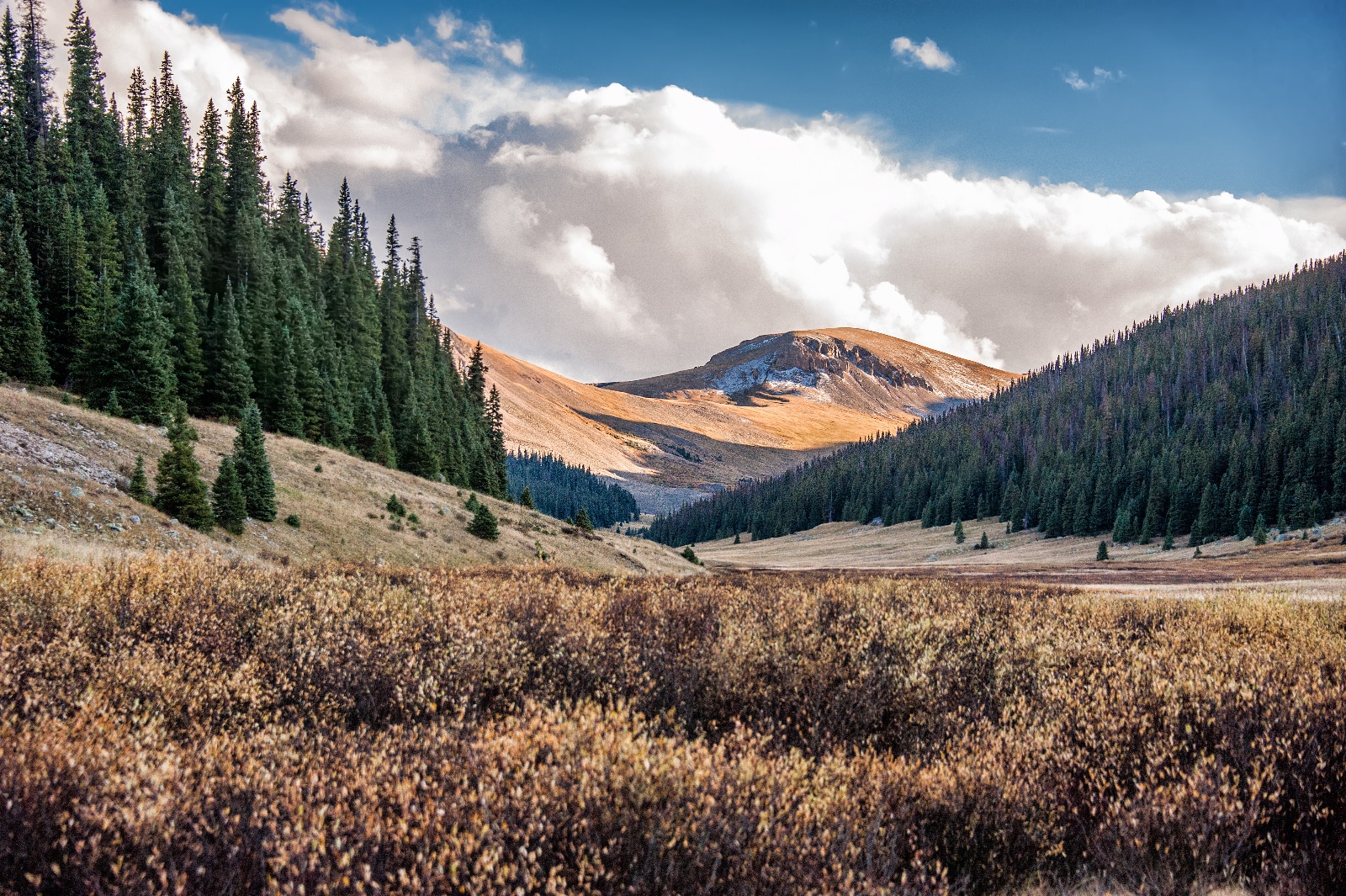 Colorado has four distinct seasons throughout the year, but it is the state’s unique climate that makes it so attractive. The state boasts that on average, there are more than 300 days of sunshine per year and for the most part, this is true.

With plenty of days to soak up the sunshine, residents can enjoy spending even more time in the great outdoors. Even during winter, sunny days are a common sight.

With the coldest weather conditions found in the mountains, there are plenty of places throughout the estate where residents can enjoy mild winters. Summertime is usually very hot, but even in the heat, the good weather only encourages people to get out and enjoy Mother Nature more. 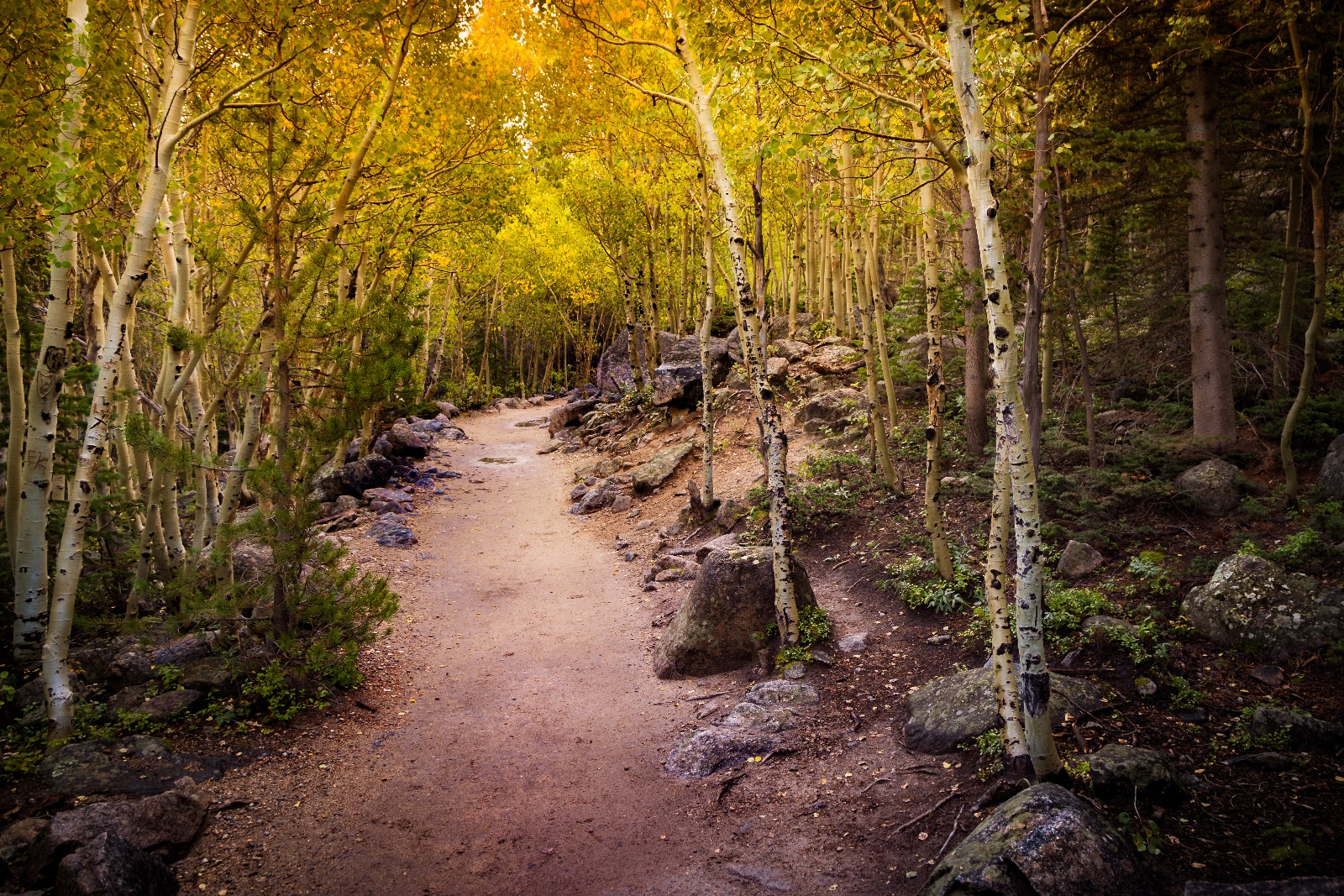 There is no doubt that Colorado is home to some breathtaking landscapes. Whether you’ve found yourself on the Eastern Plains, Front Range, or in the Rocky Mountains, there is always something beautiful to look at.

The topography encourages people to take grand adventures through the state and they are often enhanced even more by the colorful sunrises and sunsets. With a landscape for everyone, Coloradans enjoy mountain views, deep valleys, verdant forests, wide open plains, and rocky deserts.

Summertime landscapes bring skies so brightly and clearly blue that they almost look like a simulation.
As fall approaches, the mountains turn into a sea of stunning hues as the leaves change their colors.
Winter is perhaps one of the best times when snow blankets the stunning Rocky Mountains with fresh powder.
Even in spring, Colorado is beautiful as new flowers and life emerge from the frozen ground.

Truly captivating all year long, it is easy to see why Colorado is called such a stunning place by so many around the world. 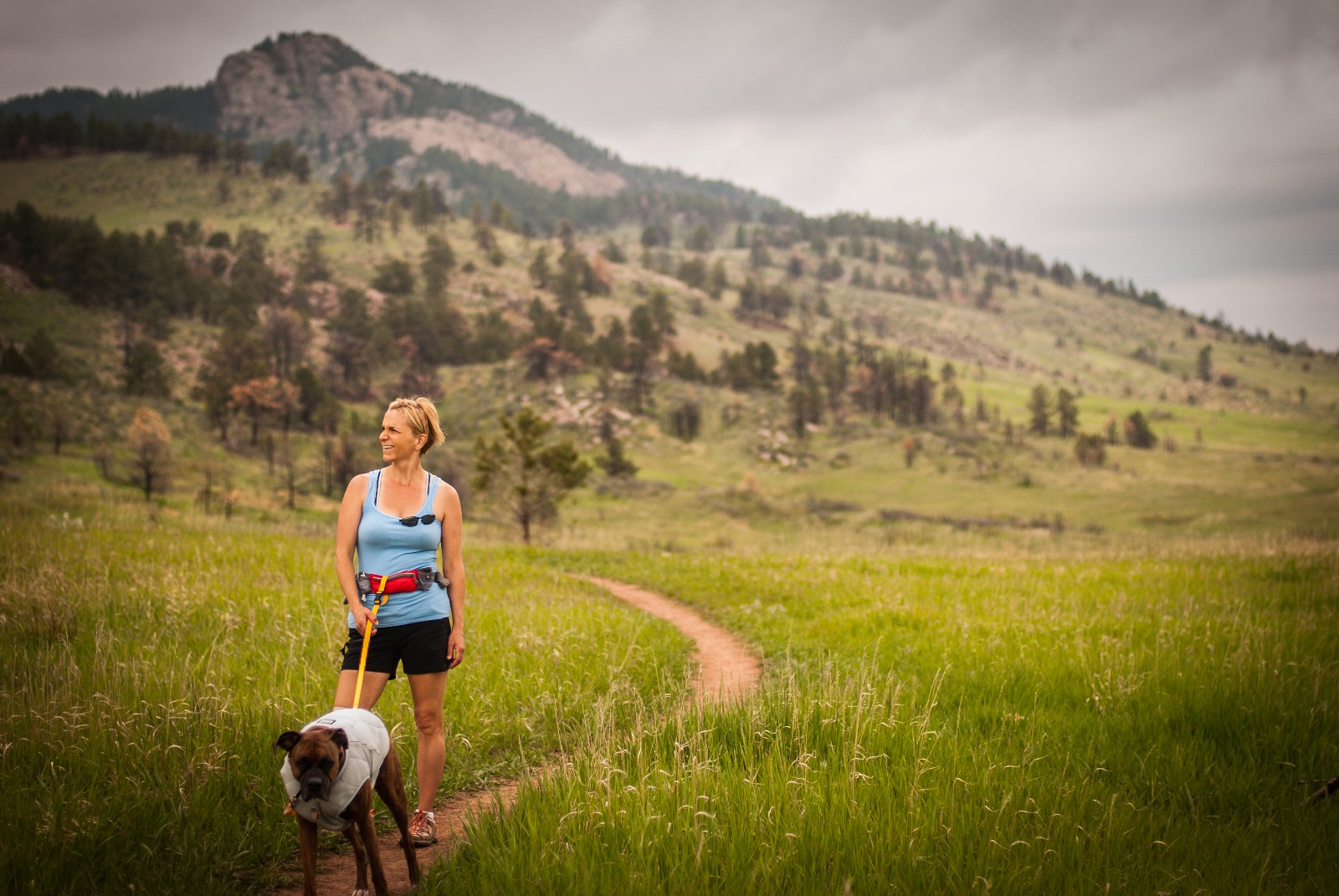 The natural beauty of Colorado certainly encourages people to get out more, as does the ample sunshine. As one of the most active states in the US, residents can have fun all year long as they explore the bustling cities and Great Outdoors.

No matter the time of year, there is always an activity for adventurers. There are also 14.5 million acres of land open to the public including state and national parks.

One of the most popular things to do in Colorado is hiking, which can be enjoyed during all four seasons. Many people have goals to summit the tallest peaks, where 58 mountain summits are higher than 14,000 feet (4,267 meters) in elevation. 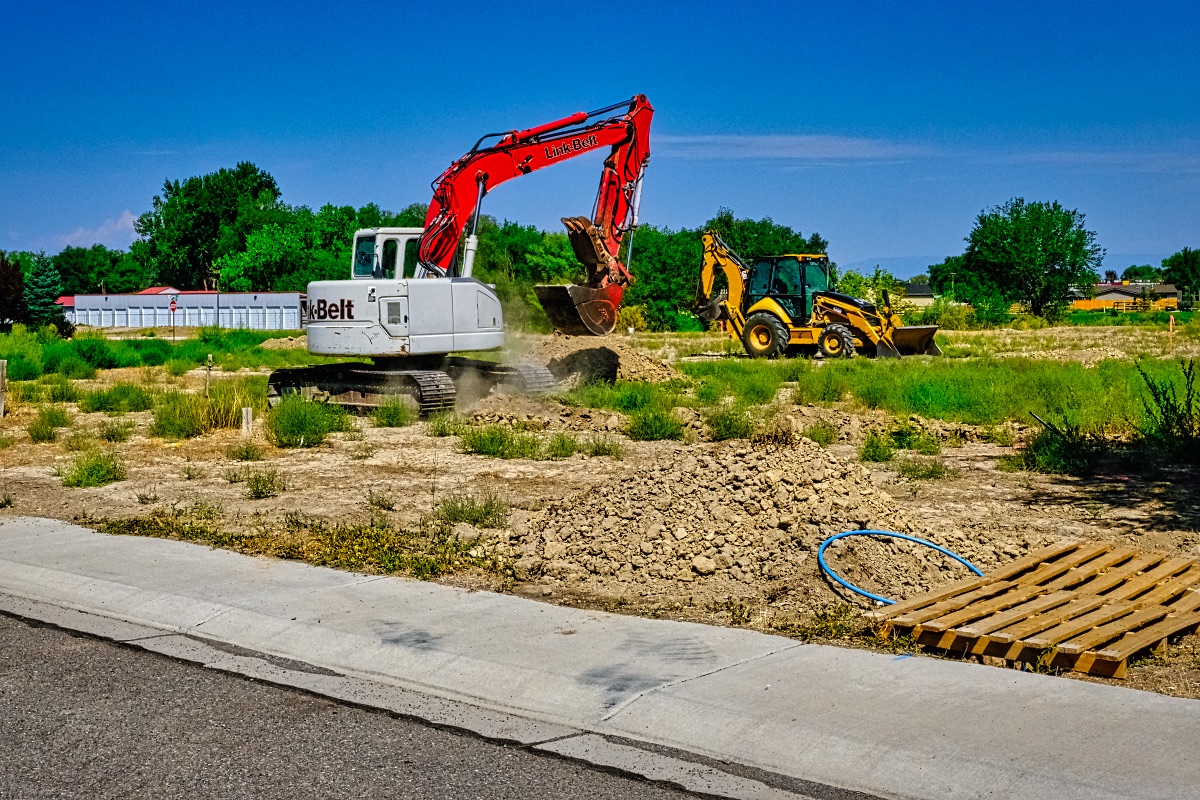 Over the past decade, Colorado has been steadily growing its economy. Taking a look at 2009-2019, the state’s gross domestic product (GDP) had compounded growth rates of over 2% each year. In recent years, the growth has shown no signs of stopping and by the end of 2021, the compounded growth rate was 2.7%.

Producing billions of dollars, Colorado has a high value as it continues to grow. Even with the growth slowing during the COVID-19 worldwide pandemic, the local economy is set to make a full recovery by the end of 2022.

The state’s positive growth rate ensures that it will have a bright future as more and more people seek to move to the state. 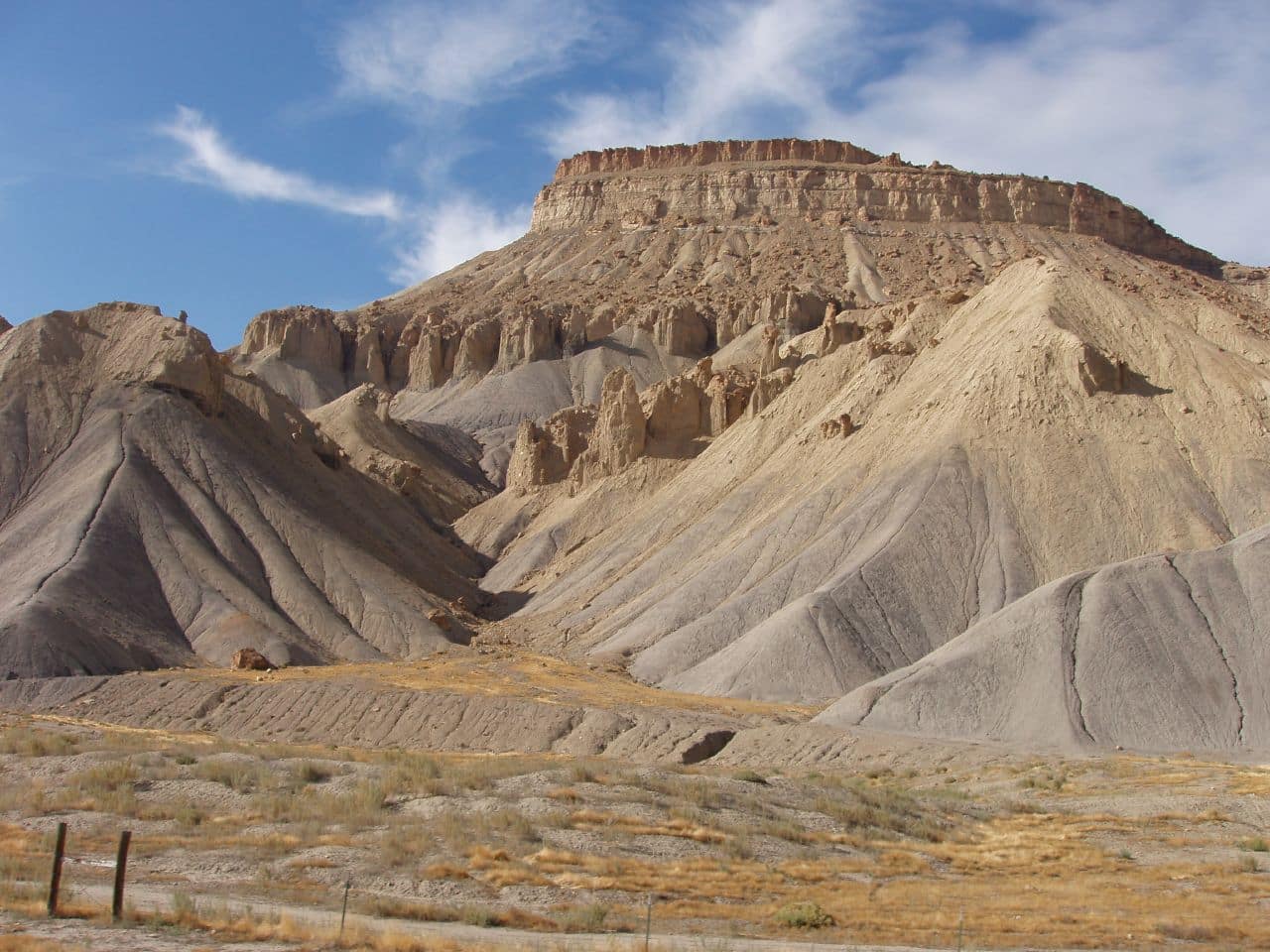 Although every individual has their own budget and expenses, Colorado helps its residents by having low corporate and personal income tax. The lower tax rates help Coloradans save so that they can invest their money elsewhere.

Property tax here is especially low when compared to other parts of the United States. The average property tax rate across the US is 1.16%, but in Colorado property is taxed at 0.52%.

Income tax has a flat rate of 4.63% and there are a few special categories of tax exemptions for certain residents like retirees. 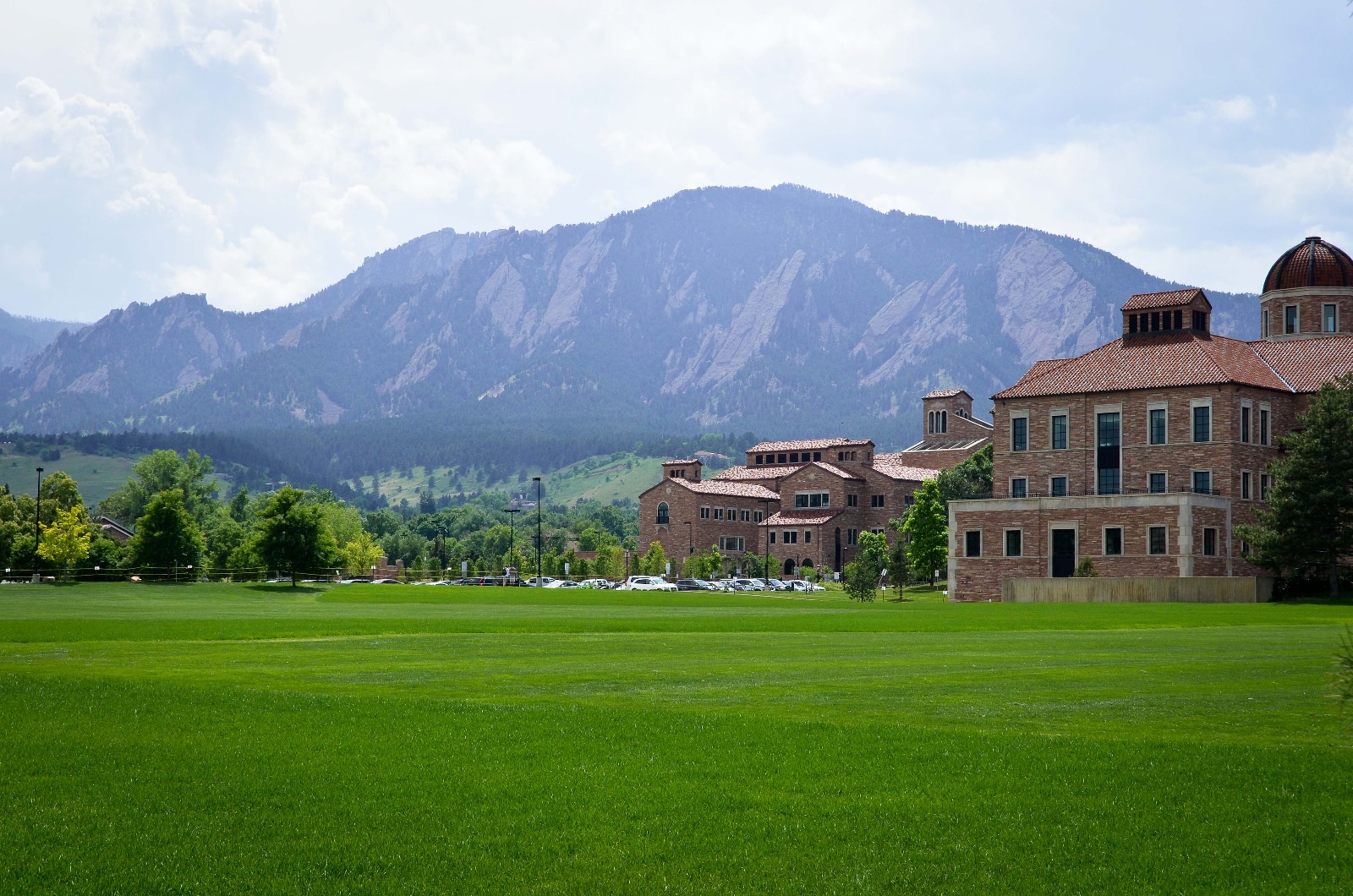 On campus at the University of Colorado at Boulder in Boulder, Colorado. Photo: sk

Colorado ranks as one of the most educated states in the US and the public education system has high marks from pre-K to graduate levels. Most public education institutions rank well above the national average.

About 38% of Colorado residents have a Bachelor’s degree and 14% have completed a graduate or professional degree. Locals will have access to plenty of public and private education institutions. 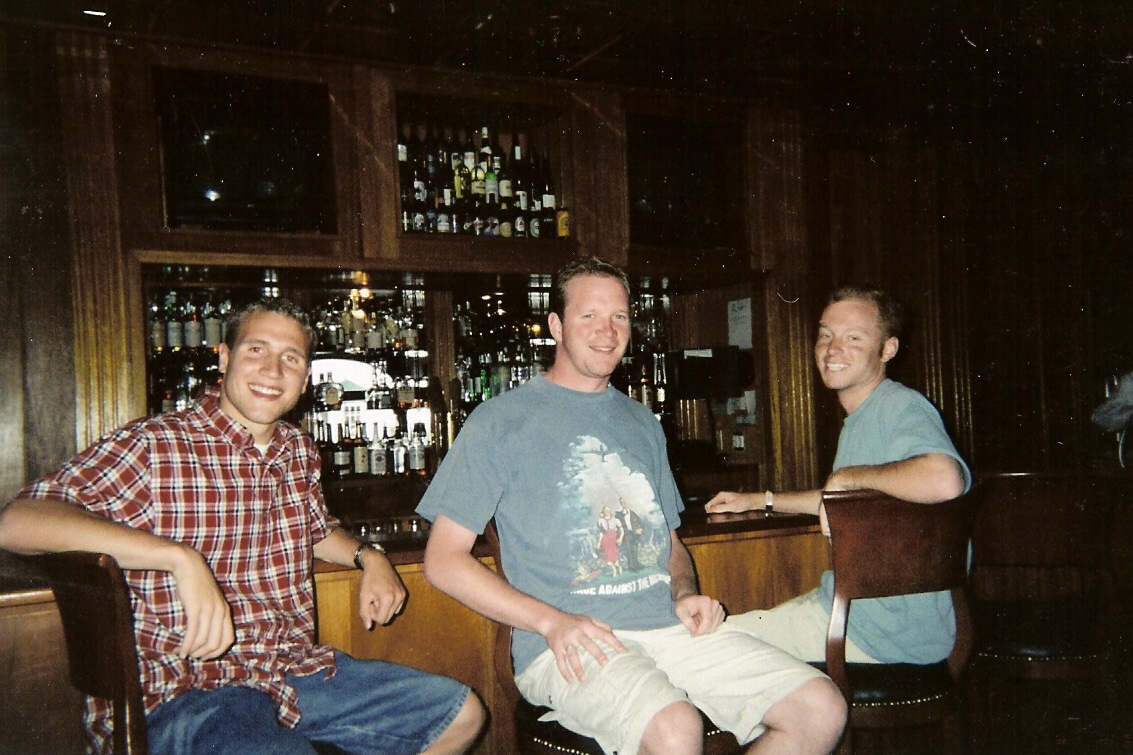 Coloradans love to socialize and the state has many great places where residents can find the perfect work/life balance. Beyond the dynamic bar and restaurant scene that can be found in destinations all around the state, Colorado is also famous for its breweries.

Beer is much more than a beverage in Colorado and the local brew masters have made it their art to craft perfect hops. Some of the most famous breweries in Colorado are Coors, New Belgium, Odell, and Avery. However, those are just a handful as there are more than 400 breweries across the state.

The biggest drawbacks that people should consider when thinking about moving here are the cost of living, growing population, traffic, job market, and harsh weather conditions. 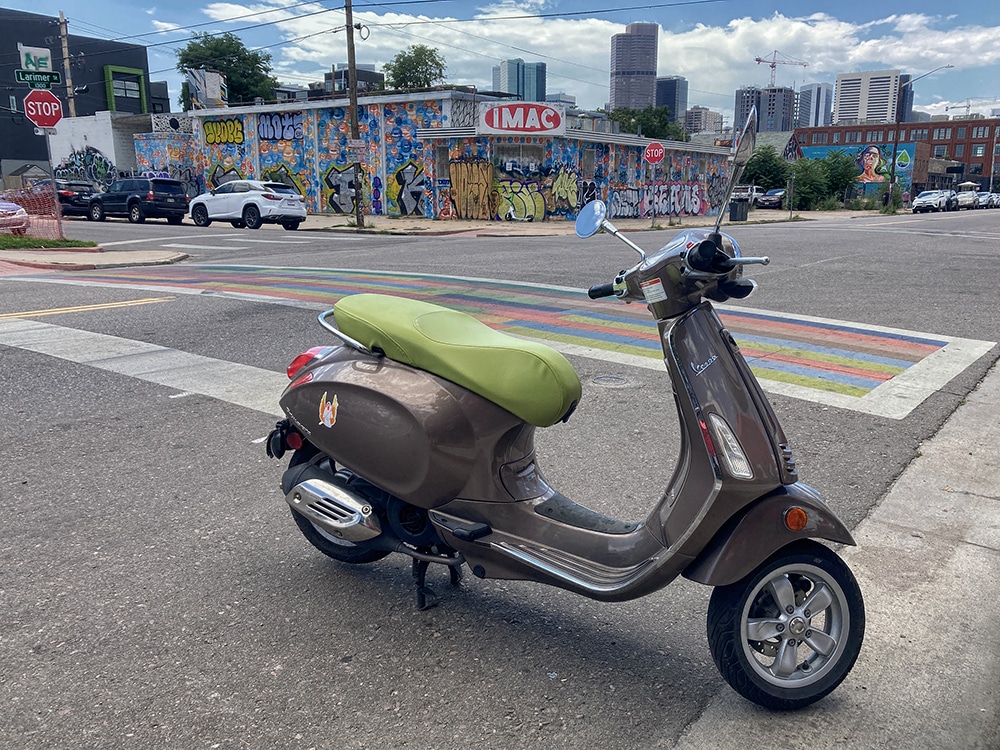 While Colorado’s economic growth is certainly a pro to living in the state, there is also a downside to all that business and that is the high cost of living. It’s becoming an expensive place to live and in recent years, everyday and monthly expenses have dramatically increased.

Overall, the cost of living in Colorado is about 7% higher than the national average. One of the reasons why it has become such an expensive place to live is because of the housing/rental market. For many residents, the biggest monthly expense is housing costs with rental prices and home values increasing each year.

The demand for living in Colorado remains fairly high as population and economic growth rates only increase each year. This means that the cost of living will remain high and only increase in the coming years. 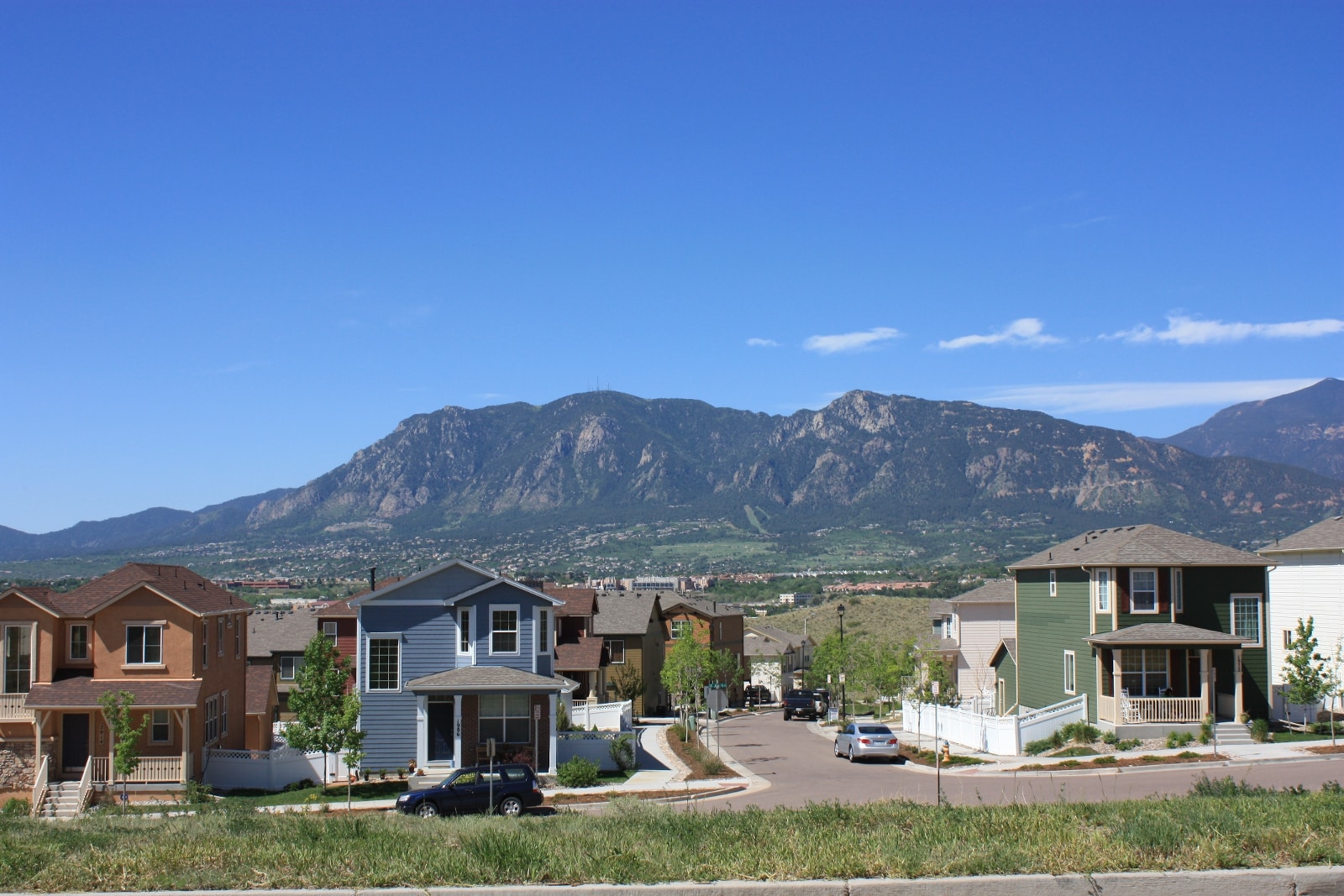 Each year, thousands of more people make the move to Colorado and the state’s annual growth rate has remained steady at 0.5%. Future forecasts for the state’s population estimate that by 2030, 6.5 million people will live in Colorado.

While a positive growth rate is normally good, Colorado’s growing population is actually a con for many people. Overcrowding is becoming a problem and it’s beginning to taint the state’s pristine landscape.

Trails that were once nearly empty are now trampled by dozens of people and many visitors are not respectful to Mother Nature. Campgrounds are also almost always packed to the brim, making it harder and harder to take that last-minute getaway. Remember to always be a good camper. 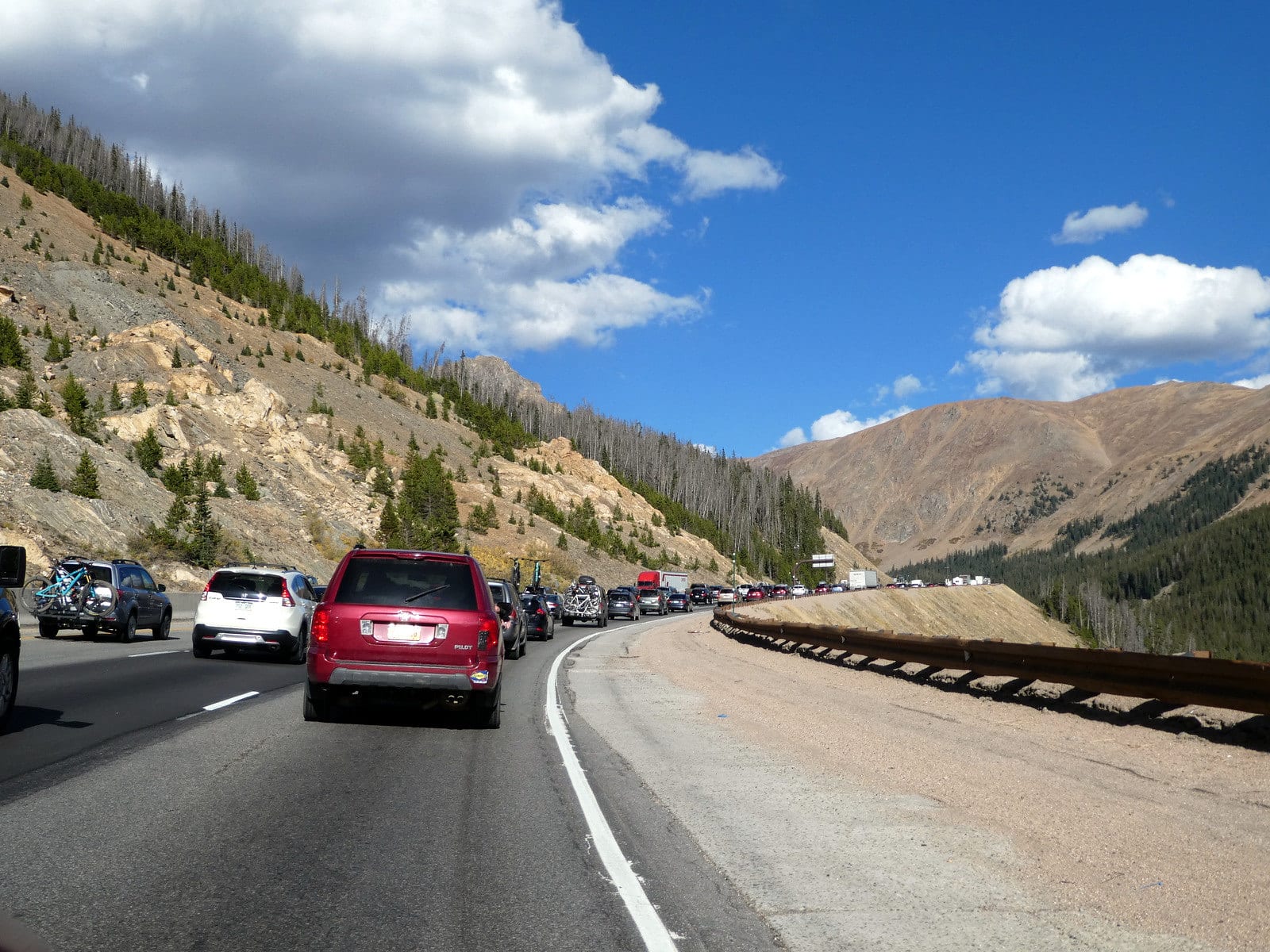 A long traffic jam in the mountains of Colorado. Photo: Bruce Fingerhood

Another downside to the growing population is traffic. Long-time Colorado residents are complaining about how bad traffic has become around the state as the roadways come to a standstill during the daily rush hour.

Getting to and from the mountains can take several hours because of the crowds and it’s only made worse with winter weather.

Bad drivers are another traffic frustration with many out-of-state drivers unfamiliar with driving in winter conditions, as well as some rules of the road. For some, the increased level of traffic has been enough to make them consider moving out of Colorado. 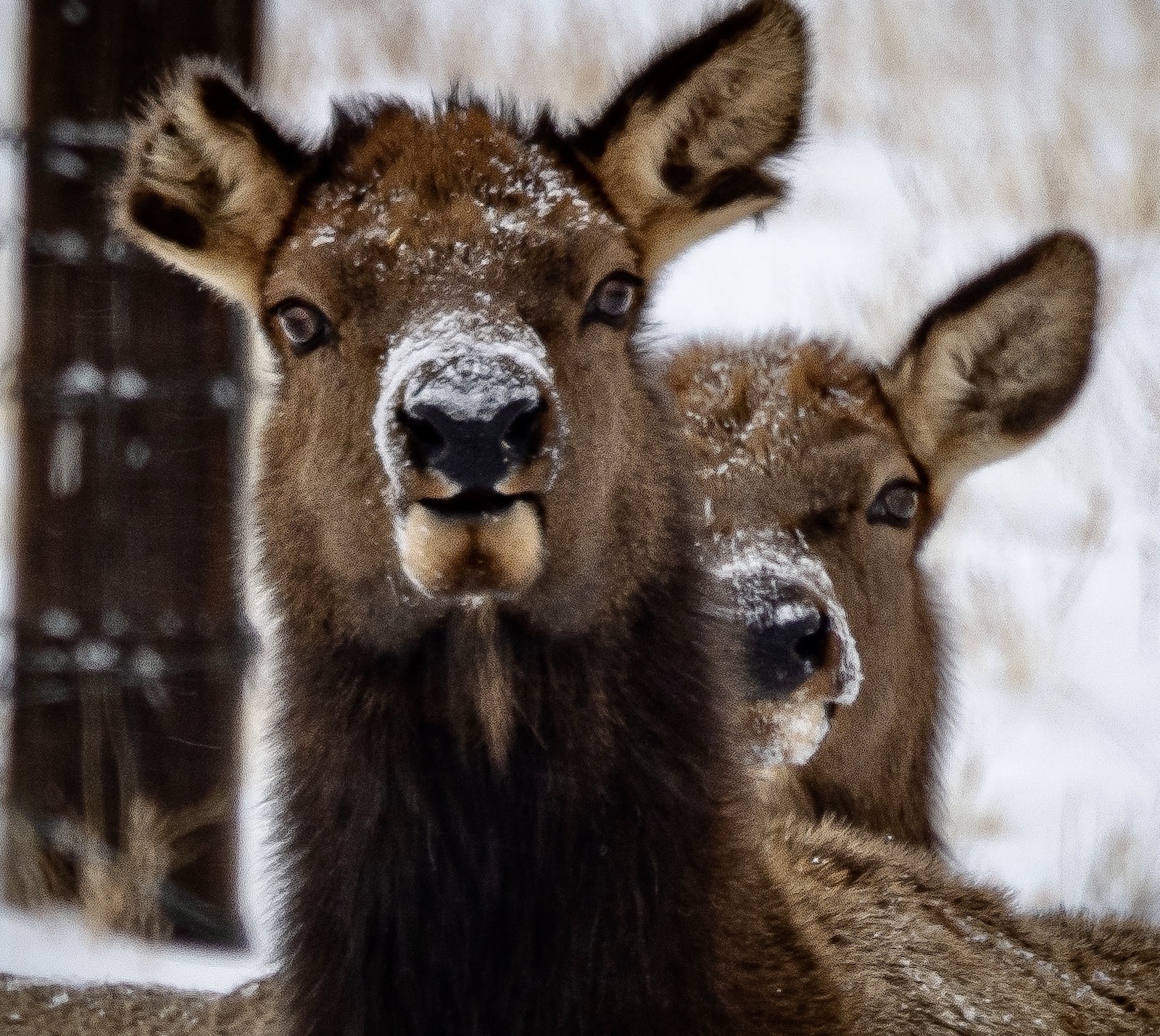 A couple of elks in Park County, CO. Photo by: Thomas Elliott

Business is booming in Colorado, but with the growing population and high levels of education, the job market typically is very tight. New job applicants are expected to have plenty of experience and come with a hefty list of qualifications.

Most jobs in Colorado will require higher education and finishing a high school degree may no longer cut it. Even with new jobs being made each year, the fast growth of the state means that jobs are usually quickly filled by new people moving to the state. 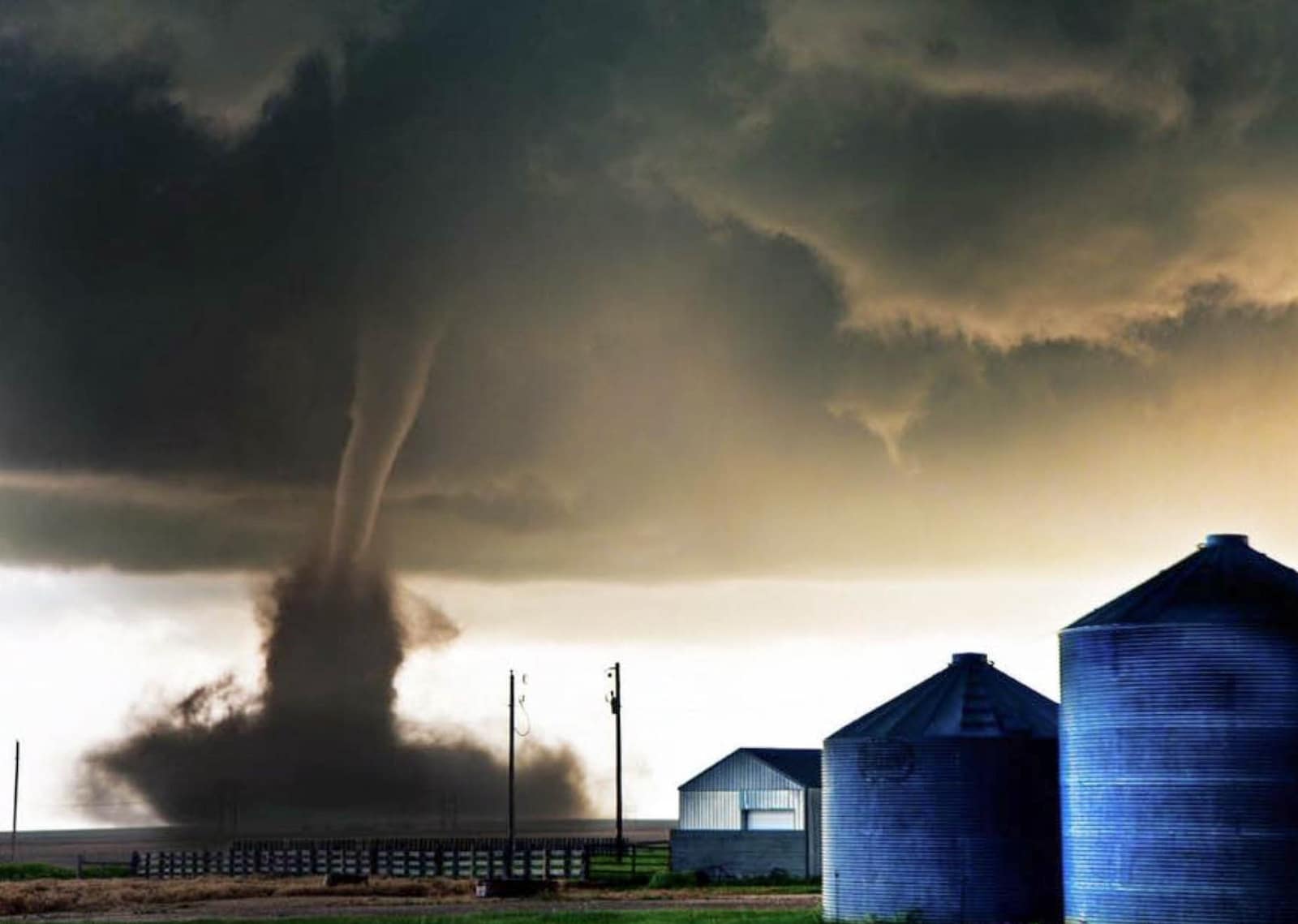 Colorado has a wonderful climate, but that doesn’t mean that it’s safe from harsh weather conditions. Winter can be especially brutal and it only gets worse the further into the mountains you live.

For some, the frigid temperatures and large amounts of snow make living here more miserable. Roadways also become more dangerous in winter, especially in the mountains where some highways have incredibly steep grades as they ascend and descend alpine passes. 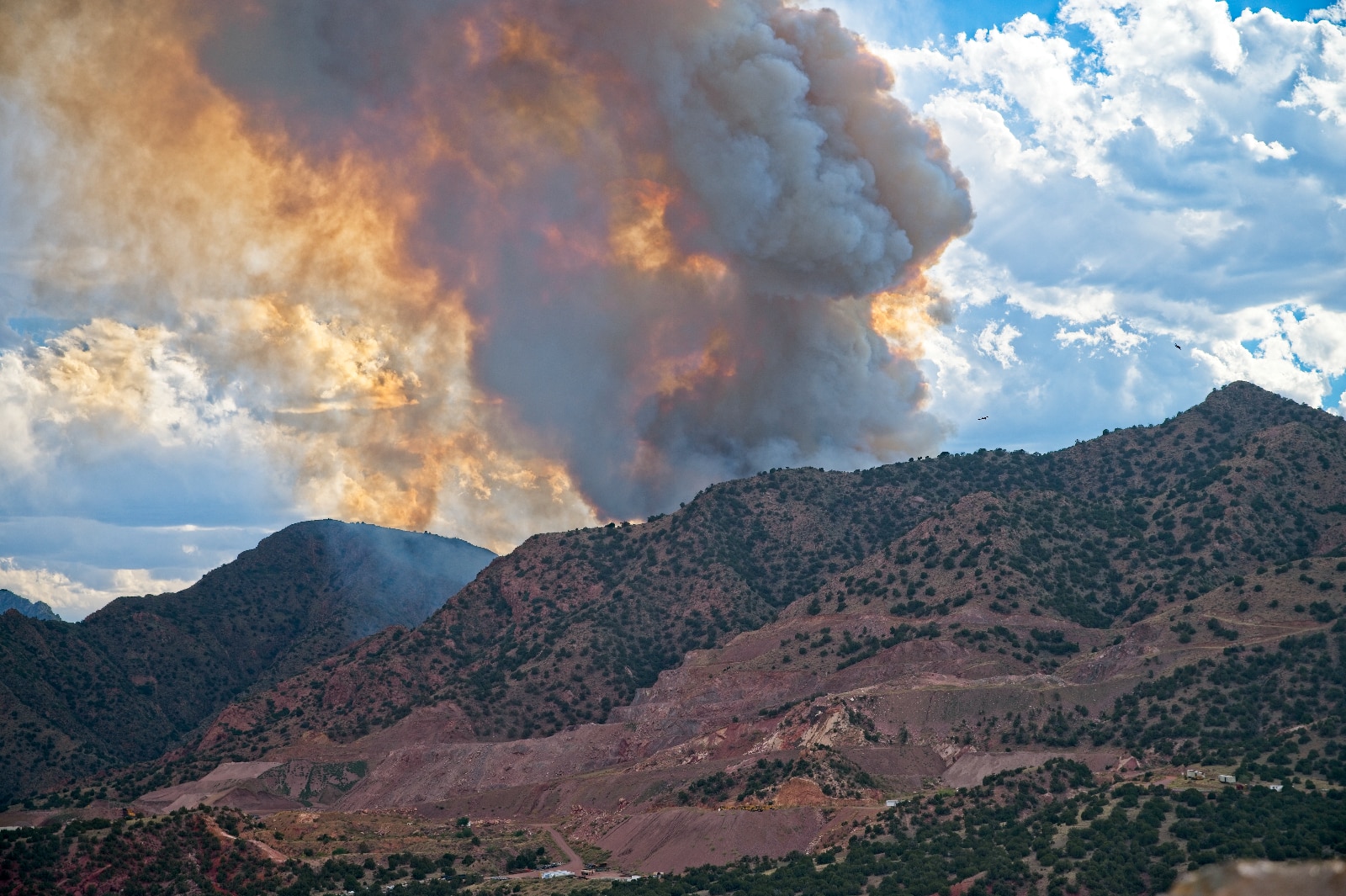 Most people love Colorado’s climate, but one huge downside is that Colorado is very, very dry. No matter the time of year, the lack of humidity means that your skin will take the brunt of the state’s dry climate. Chapstick and lotion will be a must to soothe your skin and prevent it from painfully cracking. Plus, drinking plenty of water.

Skin isn’t the only thing that takes a hit from the dry air. Mother Nature also struggles to manage the dry climate and for many years Colorado faces heavy droughts. Water use is typically restricted and the risk of wildfires is a massive threat for those living in the mountains and along the Front Range.

There are many positives and negatives to living in Colorado. Clearly, for many people, the benefits are enough to encourage them to make a move and enjoy the local way of life. For those who are considering a residence here, it’s important to look at all of the state’s characteristics to determine whether or not this is the place for you.